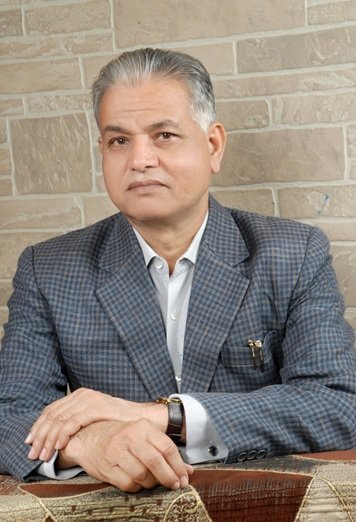 Dr.Sahdev Arya is Chief Physician at Maulsiri Ayurvedic Multispecialty Clinic, a centre par excellence in the field of
Ayurveda.

Dr Arya did his complete medical (Ayurveda) education [ BAMS (Bachelor of ayurvedic medicine and surgery) and MD (Master of Medicine)] from National Institute of Ayurveda (N I A), Jaipur – the only institute of Govt. of India for Ayurveda at national level.

Prior to joining NIA for studying Ayurveda, Dr. Arya studied ‘Sanskrit’ diligently and rigorously for three years and obtained the distinction of “Shastri” from University of Rajasthan. This enabled him to study the classical Ayurvedic texts in their original form as almost all of them were written in Sanskrit and consequently an in-depth and thorough understanding of classical Ayurvedic literature.

After a short stint as Physician in Rajasthan Govt., he joined National Institute of Ayurveda (N I A), Govt. of India. After serving 24 years in N I A, he took voluntary retirement in 2007 as senior physician to pursue his research and clinical work.

He taught thousands of students at National Institute of Ayurveda, who are now practicing Ayurveda in various parts of India.

Dr Arya has worked at various medical institutes and health centers of world repute in USA on behalf of WHO (World Health Organization), where he had the rare opportunity to work and interact with some of the best doctors of USA. There he studied a plentitude of modern literature; ‘methods and methodologies’, and tools and techniques of modern diagnosis. He also observed various surgeries and was an invitee to the prestigious 100th annual meeting of the American Academy of Otolaryngology- Head and Neck Surgery Foundation, Inc.

Yoga and Ayurveda are the two interrelated branches of the same great tree of Vedic Knowledge. Both have developed in parallel since ancient times and are regarded as complementary to each other, knowledge of one without the other is incomplete. Dr. Arya recognizing this, underwent a full time Yoga course at Vishwayatan Yogashram in 1981 and since then has been applying the principles of Yoga to supplement the effect of medicine and preventing the diseases. Dr Arya has addressed various conferences and seminars on Diet, Lifestyle, Yoga and Diseases as a chief speaker .He has delivered approximately 500 lectures on Ayurvedic methods and treatments in various parts of India and authored a book -“Ayurveda and Yoga for healthy and long living”.

He has also contributed to several public forums such as Doordarshan, All India Radio, Magazines, Social camps on public health awareness, etc.

A unique blend of Master of Medicine (MD) in Ayurveda, a thorough knowledge of Yoga, well versed with the modern advancement in the science of medicine, along with 35 years of clinical experience and earnest research; enabled him to explore new dimensions in the Ayurvedic treatment of diseases howsoever chronic. He personifies a unique fusion of modern advancements in the science of medicine combined with traditional knowledge of Ayurveda, to create a line of treatment, based on his huge experience and exposure, that has proved a boon for thousands of patients suffering from chronic diseases.